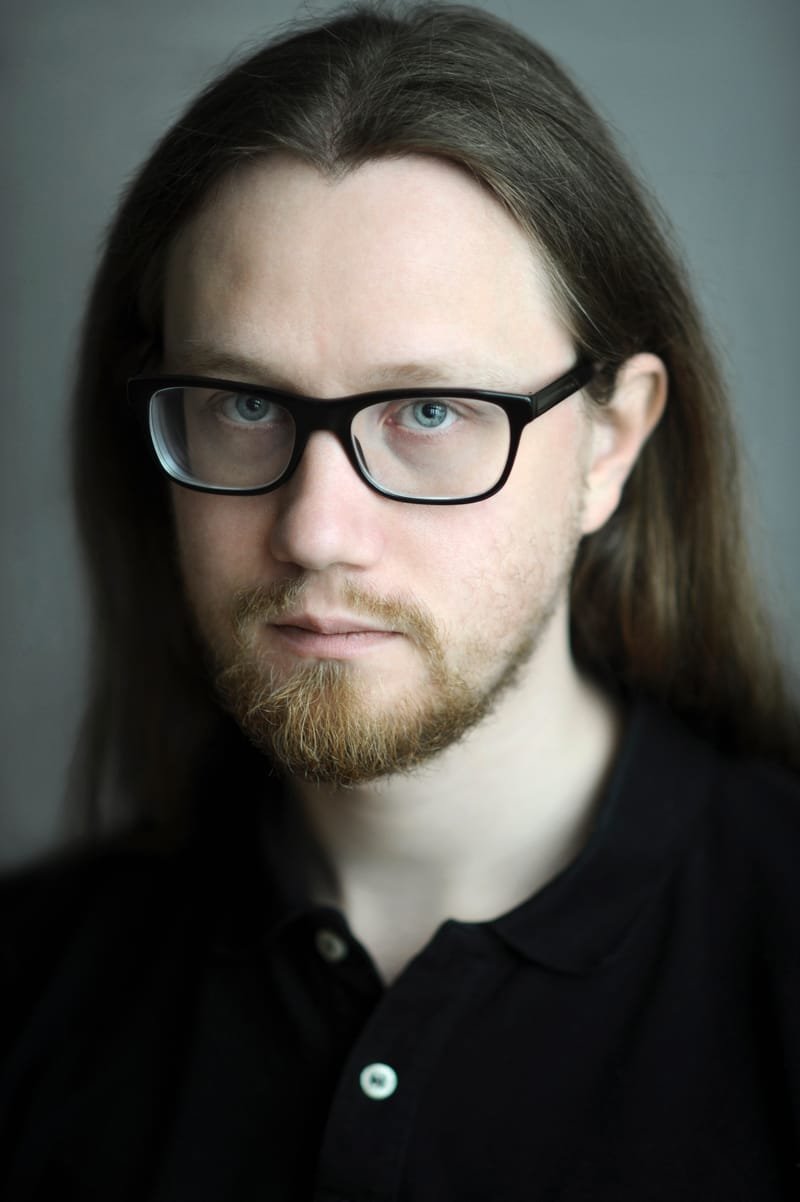 Aleksey Vylegzhanin (Russia, 1987) is an award-winning artist who has been successfully building his organist career for the past several years. Apart from the organ, he has been performing on other keyboard instruments and has been actively composing.

He finished organ studies at the Novosibirsk State Conservatory (Russia) in the class of N. Baginskaya, and since 2010 has been studying at the University of Music and Performing Arts Graz (Austria). In 2018, he earned his organ master degree under the mentorship of G. Rost and started church music studies on the same University.

His received his first music lessons from his musician parents – his father is an opera singer and his mother a conductor. At the age of 6, he started his piano lessons. Interest towards organ developed several years later. His unique approach to music was altogether accompanied by numerous acknowledgment and awards since its beginning. During his musical education, he has attended several master classes with renowned musicians, such as D. Roth, Z. Szathmary, L. Lohmann, J. van Oortmerssen, E. Bellotti, W. Porter, and N. Hakim.

Vylegzhanin has been regularly performing throughout Russia, Slovenia, Croatia, Germany, Austria, and England, as a solo organist or in collaboration with renowned musicians, choirs, orchestras, and chamber ensembles. His most important concerts are the gala concert in Moscow Cathedral (2009), regular solo concerts in Cathedral and Church of the Sacred Heart of Jesus in Graz, several projects in Mumuth concert hall in Graz: organ@mumuth (2013), Petr Eben: Faust (2014), Organ on Stage (2015), Schlafes Bruder (2016), projects with composer Reiko Yamada within festival Orgelfrühling Steiermark (2018 and 2019), collaboration with internationally renowned ensemble Klangforum Wien (2019) etc.

He has recorded two CDs of classical music - Klaus Lang – Organ Works Vol. 1 (GOD Records) and Aleksey Vylegzhanin plays Naji Hakim (Klangdebüts, Vol. 53). Apart from classical music, he has been involved in several interdisciplinary performances and has been performing jazz music too, solo or in collaboration with important artists and ensembles. With jazz singer Lina Rahne, he has recorded a CD with his compositions. Currently, he has been recording a new album with his own arrangements of Mozart’s opera arias.

Apart from the concert activities, he has been appointed as an organist in several churches in Graz and vicinity where he collaborates with numerous choirs and orchestras.