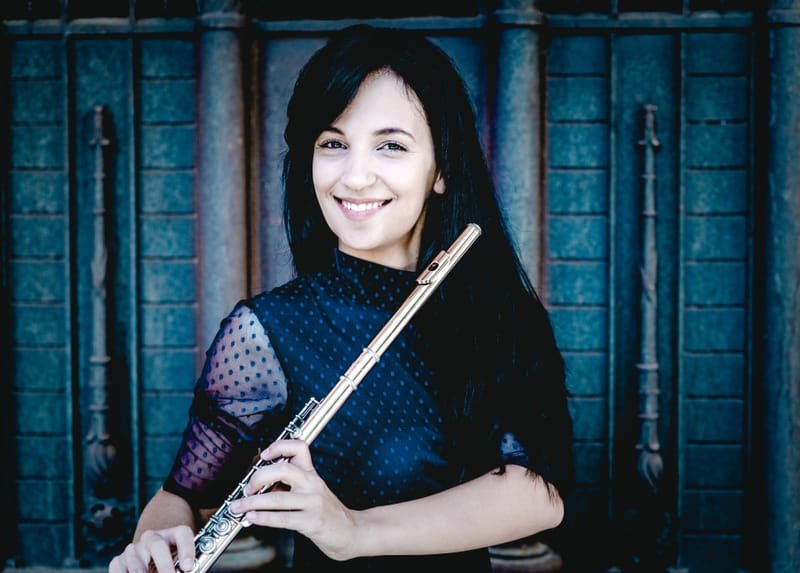 Ana Batinica (Šibenik, 1989) graduated flute in 2012 in the class of R. Penezić at the Music Academy in Zagreb. As a part of the Erasmus program, she studied at the Academy of Music in Ljubljana in the class of M. Zupan. She completed a two-year specialist study with the highest honors at the Strasbourg Conservatory of Music and Dance in 2014 in the class of M. Caroli.

She received the Dean's Award in 2011, first prize at the 4th Concorso International Competition for Young Musicians in Treviso and at the 50th National Pupil Competition, second prize at the Golbey Flute Competition in France, and Premio Ghigi scholarship at the Gubbio Summer Festival. During her studies, she regularly participated in student projects at the Zagreb Music Academy, receiving two special Rector's Awards for the joint performance in 2008 and 2010. In 2015, she was selected as the winner of the Myrna Brown International Scholarship by the National Flute Association. She won the first prize at the 5th Croatian competition of young artists Papandopulo in 2016. During her studies, she regularly collaborated with the orchestra of the Croatian National Theater in Zagreb and has collaborated with many other ensembles (Cantus ensemble, HRT Symphony Orchestra, Croatian Chamber Orchestra...). She studied at the Ossiach Orchestral Academy, led by members of the Vienna and Berlin Philharmonic Orchestras, becoming a permanent collaborator of the PurPur Orchestra under the auspices of the European Union. As a soloist, she stood out in performances with the Zagreb Philharmonic, the Zagreb Youth Orchestra, the CAF Symphony Wind Orchestra, the Zagreb Soloists, and the HRT Symphony Orchestra. As a chamber musician, she has collaborated with pianist Z. Ivančić, cellist W. Warner, bassoonist L. Dowling, and the Croatian String Quartet. She regularly performs with pianist E. Adžaga, with whom she performed at the Vinko Lesić concert cycle in Split, receiving the award of the same name in 2015. For a number of years, she worked with Zagreb Flute Ensemble, touring throughout Europe and Asia at international flute festivals (Paris, Seville, Singapore, Slovenia, Vienna) and recorded the CD Carrousel.

She is currently working as a solo flutist with the Zagreb Philharmonic. Since 2017, she has been a permanent member of the Cantus ensemble.