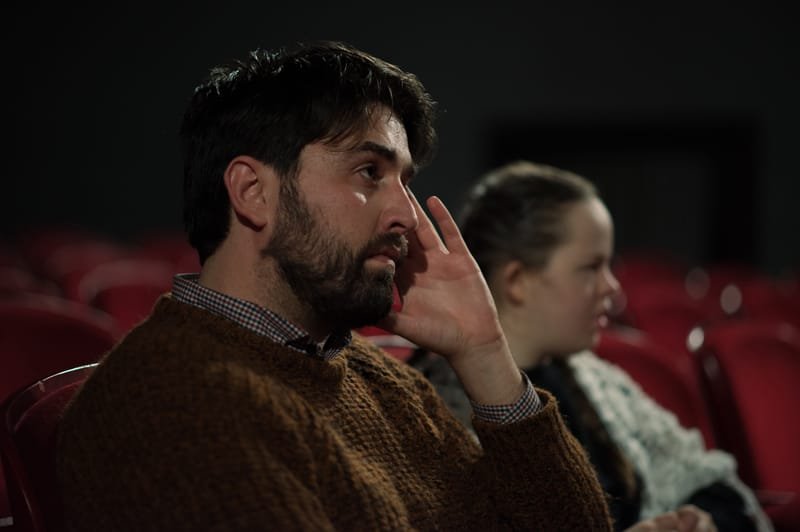 Vinko Radovčić (Zadar, 1985) first performed in 1001 Nights directed by I. L. Lema in the production of Croatian National Theater in Zadar. He has played more than 50 roles, among which are the role of Billy in Albee’s The Goat, Professor in Matišić’s Angels of Babilon, Leone Glembay in Krleža’s Messrs. Glembay, Teobald in Paljetak’s Augusta, Joseph Garcin in No Exit by Sartre, Đivo in Zadar adaptation of Kate Kapuralica by Stulli, Ugo Blješteći in Gavran’s It’s Time for Comedy, Marko Barić in Without the Third One by Begović, etc. He enrolled in an acting course at Arts Academy in Split under M. Štrljić. Radovčić directed numerous important plays at CNT Zadar, such as Messrs. Glembay by Krleža, Without the Third One by Begović, Suddenly Last Summer by Williams, Thérèse Raquin by Zola, also dramatized by Radovčić, and Adam and Eve by Krleža from the Legends cycle. He directed a play Flesh by L. Šarić performed at Zadar Puppet Theater, as well as the play Dead Wedding by A. Srnec Todorović performed at St. Nicholas’ church in Zadar as a part of the 20th festival Zadar snova. He collaborated with several Croatian producers, such as D. Ferenčina and N. Keflin, also assisting leading drama actress J. Ančić on several workshops at CNT Zadar. Since 2013, he has been a member of Expert Committee for the Lidrano Competition in Zadar county. He dramatized The Little Match Girl by Andersen for Milanese Teatro Elfo Puccini under the direction of E. De Capitani. He translated and adapted Marriage Play by Albee as a tragicomedy for two people, directed by M. Latin and performed in CNT Zadar, as well as Camus’ The Stranger for Macedonian National Theater Bitola directed by Radovčić.

He was an artistic director of the 20th International Festival of Contemporary Theatre Zadar snova and is one of the founders and directors of Drama workshop under Drama plus cultural and artistic association, which enabled the performance of Ionesco’s The Bald Soprano at the big stage of CNT in 2019 as a part of the author project Lektira uživo. He directed Gogol’s The Overcoat in 2019 in co-production with CNT Zadar and Drama plus which was nominated for the best performance by the Croatian Association of Drama Artists.